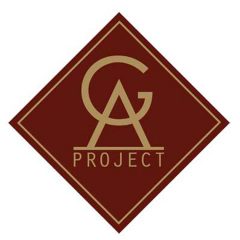 All products by GOLDEN AGE

SKU: PRE-573 Category: Preamps
Having had great success with the PRE-73 preamp, we have received many requests for a version for the 500 eries rack format. We are therefore happy to present the PRE-573, expected to start shipping in late September.   The PRE-573 is a one width module that has the sound and the features that made the PRE-73 […]

Having had great success with the PRE-73 preamp, we have received many requests for a version for the 500 eries rack format. We are therefore happy to present the PRE-573, expected to start shipping in late September.

The PRE-573 is a one width module that has the sound and the features that made the PRE-73 so successful and a few additional ones.
The circuit still uses the preamp and output section from the classic 1073-module, adapted to work in the api rack format. It has a total  gain range from -15 to +80 dB. The 10 – 70 dB range is handled by a turn switch  and there is a separate toggle switch to select an additional 5 or 10 dB gain. The input can be configured to accept line level signals by another switch, the gain is then lowered by about 25 dB and the input impedance increased to about 15 kohm.

The input impedance of the mic input mode can be switched between 1200 and 300 ohm. Phantom power and phase reverse is also selectable by front panel switches.

An added feature, using the same circuit as in the PRE-73 DLX, is the active DI-input with a high input impedance of about 1,5 Mohm. The output signal from the active DI circuit passes through the input transformer for some extra character.
The DI-input is very flexible since it can be changed to a purely passive one by a front panel switch. The DI input is then exactly the same as in the PRE-73 Mk2 where the signal is feed directly into the second gain stage, bypassing the transformer and with an input impedance of about 100 kohm.

These two DI-options makes it possible to get different tones from electric instruments and the passive DI input mode is more suited for injecting active units like sound modules.

A new feature is the switchable AIR mode that  adds a small boost above 10 kHz that peaks at 2 dB at about 35 kHz.


A simple but effective signal and overload indicator is offered by a single LED that starts glowing red at about +4 dBu and then increases its intensity up to the maximum output level.

The PRE-573 has a dedicated insert connector at the back allowing it to interface with other GAP 500 modules. The insert can be activated by removing a jumper connector at the back of the module.
The second Golden Age Project module for the api 500 rack will be the EQ-573, expected to ship in November 2012. The EQ-573 consists of the inductor based high pass filter section  and the 3-band eq section from the classic 1073 module with some added frequencies. These two modules together will offer a fully fledged 1073-module in a compact format at a very low cost.

There is a second jumper at the back of the module that selects 600 ohm termination on the output. The standard mode is termination on, since it gives the flattest response when the PRE-573 is used with modern line inputs that typically has an input impedance of 10 kohm or more. The user can chose to remove the jumper and deactivate the termination resistor, this will increase the level above 10 kHz and create a peak in the response for an even more pronounced  “Air” effect.
The output is transformer balanced and fully floating and can drive a 600 ohm load up to level of about 28 dBu.